Central Park in New York City – America’s first landscaped public park – experienced a dramatic growth spurt in 1863. Until then, the park had stopped at 106th street and was utilized mostly by wealthier residents of greater New York who paraded the park’s roads in their carriages. Its designers, however ( Frederick Law Olmsted and Calvert Vaux), decided to extend it further north to 110th street, eventually reaching a total of 8 43 acres in the northeast section of the park, a swampy ground utilized more for its untamed rugged appeal.

Despite the budget constraints, Central Park continued to develop. Originally, around 1,600 residents were displaced when the land between 5th and 8th avenues – and 59th and 106th streets – was deemed unsuitable for private development (the schist 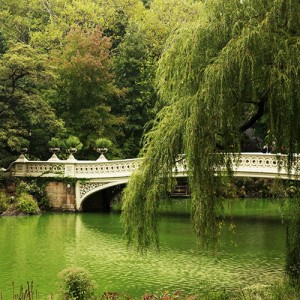 ose bedrock very near to the surface was one of the factors that encouraged the plans for a new public greenspace). In order to counterweigh Manhattan’s urban grid, the designers purposely made the paths and roads inside the park winding to give city dwellers a place where they could wander, avoiding straight lines as much as possible, and thanks to a geology with a history of glacial activity that caused for a rocky and contoured terrain.

The Central Park Zoo was opened in 1871, and the original animals on display included a bear and some swans. In 1864, a formal zoo received charter confirmation from New York’s assembly, making it the United States’ second publicly owned zoo, after the Philadelphia Zoo. As industrialization drew people towards the city’s manufacturing economy, an unprecedented surge in immigration and urbanization allowed lower income families to live closer to the park, transforming the area into a more democratically operated space with access to less affluent classes.

As the new American Century approached, the nation’s premier park was increasingly popular.  The first playground for children appeared in 1926, and by 1940 there were twenty more under the supervision of park commissioner Robert Moses, the “master builder” of mid-20th century New York City, Long Island, Rockland County, and Westchester County.

After WWII, due to the 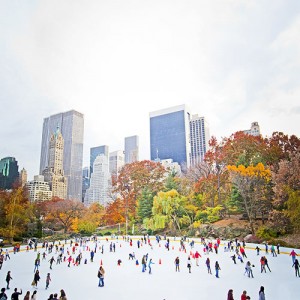 mass urbanization that followed the war, the park experienced its major decay during the late 60s and 70s. When finally, in the 1980’s, public interest increased, the private Central Park Conservancy increasingly managed the park’s finances and oversight. Nevertheless, public use has always commanded control of the park’s resources, especially with the introduction of large-scale public gatherings such as rock concerts in the 1960s.

As of today, Central Park’s 55-acre Great Lawn has hosted concerts by music legends from Simon and Garfunkel to Jay Z and Beyoncé, along with countless picnics, Frisbee tosses. festivals, exercise, sports, chess and horse carriage rides. The notorious Strawberry Fields section of the park, a tribute to the late musician John Lennon, continues to garner countless visitors worldwide.  At the end of the day, around eight million residents and tourists converge here to visit, or simply to escape the hustle and bustle of urban life in the city that never sleeps.